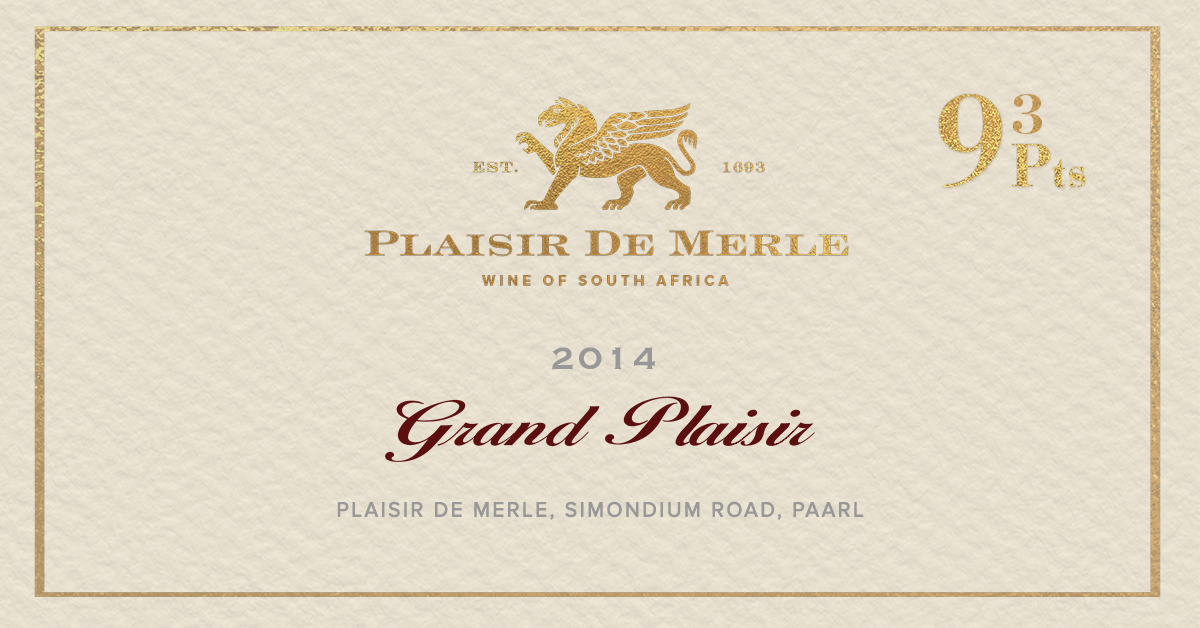 We are proud and excited to announce that Niel Bester and his team earned top points by well-known judges and Master of Wine.

The 3-judge panel noted “vanilla and pencil shavings before red and blackberries and some attractive herbal character.  [It is] medium-bodied with pure fruit, fresh acidity and fine tannins. Lovely composure and detail.”

We are proud to have been named among Stellenbosch’s great Cab-Kings and to add this to our rich history.

This multi-layered wine is a blend of Cabernet Sauvignon, Petit Verdot and Shiraz and was matured in French and American oak barrels for 18 months in total. The judges remarked “some floral perfume before red and clack berries plus notes of spice, earth and undergrowth. The palate is rich and smooth textured [with] great fruit concentration offset by bright acidity before a long finish”. This “powerful wine” will be available on the Vinoteque soon.

Marked as one of the best vintages in South Africa, the Plaisir de Merle Grand Plaisir 2009 was awarded 91 points at the 2019 10-Year Old Wine Report.  Add a part of our rich history to your collection. Shop online here.

Both the Plaisir de Merle Signature Blend 2012 and Chardonnay 2017 received 91 points while 92 points were awarded to the Grand Plaisir 2014. Ending on an even higher note, the legendary Charles Marais 2015 scored 93 points!